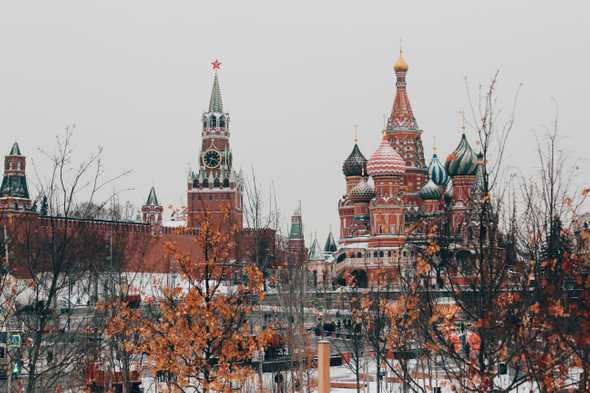 Before I say anything else, let me say this: It’s easier than it looks.

When I took Russian 101 at Duke, we learned the alphabet in the two classes and were off to the races. I suggest you do the same. It can easily be done in the first 24-48 hours of learning.

The Russian alphabet is a Cyrillic alphabet and has 33 letters. If you’re a native English speaker or know how to write any language with a Roman alphabet (and you must if you’re reading this!), you will already recognize a bunch of them.

There are a couple of characters that can be tricky, so make sure to learn them right.

Here’s how you can learn the Russian alphabet super quickly:

Note 2: The Л sound can take on slightly different sounds depending on where it is inthe sentence. Notice the difference in L sounds in the words луна and люди.

From there, it is important to note that while writing by hand, Russians almost always use the cursive form of letters. If you go to Russia, you should be able to read and write in Russian cursive.

Some cursive letters are quite different from their block letter counterparts. For example, the block letter т looks like an English “m.” Whenever you write for practice, you should use the cursive form.

The alphabet is not that hard! You can do it.

This is one of the most fundamental aspects of the Russian language, and it’s a concept that doesn’t really exist in present day English.

In short, nouns take on different endings when they occupy different roles in a sentence. For example, consider the nouns in the following sentence:

In this sentence, the boy is the one doing the seeing (he is the subject) while the dog is being acted upon (it is the object).

If we flip these nouns, you can see how the endings on the nouns change in the Russian version but not the English one:

In this sentence, the boy is being acted upon (as the object) and the dog is doing the seeing (the subject).

There are 6 cases in Russian. That doesn’t seem so bad, but you must remember that Russian also has 3 genders, and the cases vary between those genders. Plus, the object’s animacy (is it a living object or not) affects how the noun is declined.

Then, you must also memorize the plural versions. Then, you need to do the same for all adjectives and all personal pronouns.

But before you decide to throw in the towel there, rest assured that there are some patterns and strategies to help you learn the endings quicker. Plus, many of the endings end up being the same.

Here’s how I would learn cases if I was starting again from scratch:

In the end, it’s just going to require a lot of practice and repetition, no easy way out.

When I first started, it was really difficult and I would need a few seconds to mentally decline each word when I spoke.

I remember asking my professor how she became such a natural at declining words on the fly. She said something to the effect of “I don’t know, I just kept practicing long enough for it to become second nature.”

Practice, practice, practice until you can recite declensions in your sleep. If you can nail this concept early on, it’s going to make your Russian learning experience 1,000x more rewarding.

Verbs are going to be another difficult of studying Russian.

Some people think you shouldn’t spend any time learning. “You didn’t need to learn grammar as a child, so why should you as an adult?”

This is stupid. You need to spend dedicated time grammar.

Studying grammar leverages your brain’s knowledge and ability to understand complex information. When you were young, you had no brain power or base language with which to learn grammar. It took you many years to perfect and master your first language, and that was with 24/7 exposure.

If you’re interested, I‘m planning to write more about why you should explicitly study grammar while learning a language and will link it here once it’s posted.

Russian grammar is going to kill you if you don’t take the time to learn it properly. There are many exceptions to rules and differences from English that would take a long time to figure out with just intuition.

Can you imagine learning all the cases and declensions purely from context and intuition? Don’t do that to yourself, there’s no need.

Get a good grammar book and spend time working through it.

As with any foreign language, you need to build a base of vocabulary so you can actually have words to use.

In his book Russian Learner’s Dictionary: 10,000 words in frequency order†, Nicholas J. Brown estimates that by understanding 2,000 words, you will recognize 75% of a text.

Once you hit 8,000 words, you will be able to understand effectively 97% of the vocabulary present in a text. Words above the 8,000 most frequently used will appear less than 10 times per 1,000,000 words, so it’s probably not the best use of your time to memorize them explicitly. Rather, you should learn them in context, by watching Russian TV and reading Russian books.

Once you’ve got a list of words to work with, you need to go about memorizing them efficiently. Here’s how I am approaching it with Chinese (and how I’ve done it with other languages in the past).

I’m learning 3,000 Chinese characters in 120 days using Anki and mnemonic tools. You can learn any set of vocabulary words using this technique as well.

I’m going to do a full write up on how to maximize your Anki learning a little later.

Depending on your time constraints and other motivations, I would aim for at least 10 new words per day. Once you get going with Anki, you’ll realize that most of your time is going to be spent doing reviews rather than learning new words, but this is crucial for building long lasting memory.

There is no sense in learning a bunch of words only to forget them a few days later.

† Note: You can buy this book on Amazon or you can find it on archive.org for free. I have not personally used this book. When we learned at Duke, we would have a new set of 25-30 words each chapter that we needed to memorize. It’s essentially the same thing, but just with slightly different vocabulary.

What about Duolingo for Learning Russian?

You may be wondering about Duolingo, since it’s the most widespread app out there for learning a language.

Duolingo is great in many ways. Free, easily accessible language learning for the masses.

I feel I spend a lot of time memorizing the same words over and over again and never develop a great grasp on grammar or other concepts that require more explanation than a 1 minute note.

Because Duolingo reuses sentences, I find I end up memorizing the sentences without realizing and so when I practice it feels stale.

That’s just my opinion, anyway. If you give it a shot and end up loving it, by all means go for it. I just find it too repetitive and slow-paced to keep my interest.

Why You Should Trust Me

I’ve been studying languages since 8th grade and am always trying to improve my learning process. I graduated from Duke in 2018 after having studied Neuroscience and Russian. While I am far from perfect in Russian, I spent over 3 years practicing the language every day with native speakers in class and outside class.

I send language learning tips and updates every Saturday.